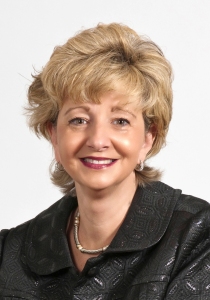 Cassandra Roberts is a partner with Young Conaway Stargatt & Taylor LLP, with 33 years in practice devoted to cultivating an expertise in Delaware Workers’ Compensation Law.  Appearing regularly before the DE Industrial Accident Board on behalf of employers and insurance carriers, she is the Editor of the Delaware Case Law Update, a quarterly newsletter highlighting recent decisions of the Industrial Accident Board;  she has been cited by The Best Lawyers in America for Workers’ Compensation for 2003 through 2016.  Cassandra was named one of Delaware’s Top Lawyers by Delaware Today magazine in 2001, 2008, 2010, 2015 and 2016  (top vote-getter for employer defense in 2015 and 2016) and has the distinction of being the only practitioner ever named a “Top Lawyer” for both the injured worker and the employer in the same survey.   She has served as the Delaware Delegate for Larson’s National Workers’ Compensation Advisory Board since 2009 and since that time has also maintained a blog on issues of DE workers’ compensation law, The Delaware Detour & Frolic, delivering news from the Industrial Accident Board and appellate courts with wit and whimsy. Cassandra is a founding Executive Board Member of the Randy J. Holland DE Workers’ Compensation American Inn of Court and the Editor of its latest venture, the Supreme Cuisine cookbook.  She is married with two daughters (one in law school) and in her spare time she likes to bake, crochet, fundraise, play with her rescue cats, Nutella Grace and Cruiser T…….. and read case law.